The Secrets To Traveling With Reluctant Teens

Can it be true? Your teenager says he would rather spend time with friends than travel with you. Here’s how to take the vacation of a lifetime with your reluctant teen.

In this episode of Family Travel Radio, we’re speaking with a leading authority on traveling with teens who don’t want to travel with you. Shellie Bailey-Shah from KidTripster holds nothing back in talking about why teenagers may not want to travel with their parents. Then, Shellie shares nine specific actions you can take to win over your disinterested teen. 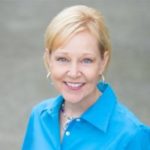 Shellie Bailey-Shah is the editor of KidTripster.com, an online family travel resource that provides information and inspiration to families traveling with kids anywhere in the world.

Shellie worked as a television reporter for more than 20 years before founding KidTripster as a way of combining her passions for journalism and family travel. She’s the mom of two sons, ages 16 and 18, living in Portland, Oregon.

Aaron Schlein is a family man, entrepreneur, and podcaster who knows first-hand about the transformational power of family travel.

When Aaron was a teenager, he began exploring the world with his grandmother, Shirley Schlein—to whom he is eternally grateful for igniting his passion for travel. Becoming a father inspired Aaron to pay forward his grandmother’s generosity and create media content to inspire parents to travel the world with their kids.

In the summer of 2018, Aaron partnered with the Family Travel Association to produce its official podcast, Family Travel Radio. Aaron lives in Sacramento, CA with his wife and two children (who are growing up too fast!)