Family Travel Radio is excited to announce the launch of #TakeFamilyTime, an advocacy campaign that highlights the importance of traveling as a family.

#TakeFamilyTime also raises awareness about the alarming trend of American parents not using all their vacation days. 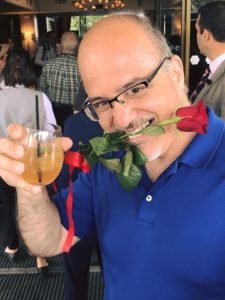 Richard has been a master storyteller for more than 30 years, writing about the travel industry and helping communicate the stories and brands of companies like Virgin Atlantic Airways and American Express.

Richard loves telling vacation stories that include his three children.

Thanks to the generosity of his grandmother, Aaron Schlein traveled to four continents and a dozen countries before he was old enough to vote. Those early trips convinced him that travel is an essential part of life.

More than two decades later, Aaron remains inspired by his grandmother’s generosity. He is committed to honoring her legacy by sharing the gift of travel with his own kids—and by helping other parents do the same.

Aaron lives in Sacramento, California with his wife and two children (who are growing up too fast!)